If history is your thing then a trip to the Tuck Museum in Hampton should be on your list of to do’s. 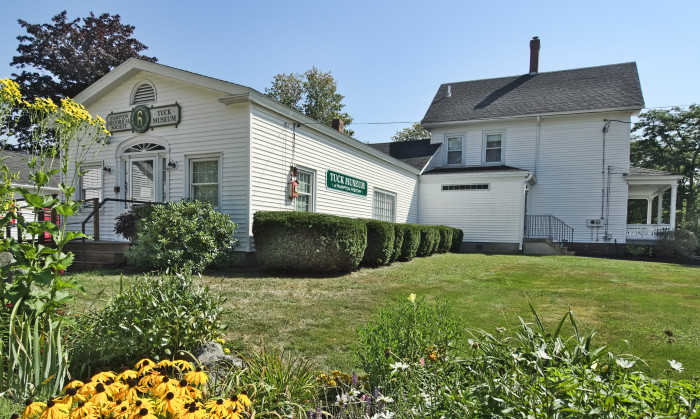 The Tuck Museum of Hampton History is the home of the Hampton Historical Society.  It consists of a number of buildings, monuments, and artifacts, all located on Park Avenue in Hampton

Known since 1994 as the Hampton Historical Society, the society was incorporated in 1925 as the Meeting House Green Memorial Association to honor the original settlers of Hampton. A descendant of one of those families, Edward Tuck, generously donated funds to purchase a house on the site of the original meeting house green. The land surrounding the house was laid out as a park, and the house was turned into a small museum, which was appropriately named the Tuck.

The museum has continued to grow. Other buildings on the Green have joined the main house as exhibition areas. There is a nineteenth-century school house, an eighteenth-century barn, a fire-fightning museum, and a Hampton Beach tourist cottage.

Travel Tip created by Mrslubohn in association with Vacation Soup

Take The Kids On A Pirate Cruise

Fireworks at Hampton Beach Every Wednesday, Summer 2020 ( fireworks have been postponed until further notice)